Oxidative Stress - What You Need to Know to Protect Your Health


Although we need oxygen to live, high concentrations of it are toxic and damage our cells. Our normal metabolic processes, toxins in the air we breathe, water we drink, foods we eat and stress we are subjected to all create toxic byproducts called free radicals. Free radicals are unstable molecules that do a lot of damage to the cells of the body. Free radicals cause oxidative stress which damages all the vital parts of our cells, including the proteins, lipids and even our DNA. Mutations in DNA is what we now know causes a variety of diseases and sicknesses. 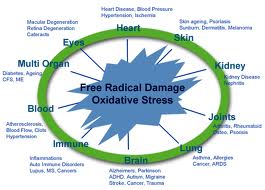 The good news is that by activating the body’s own antioxidants in combination with eating a diet high in natural antioxidants while reducing our exposure to toxins through holistic living strategies, we can prevent many of these age related diseases and slow the process of cellular aging. One such way to activate our own internal Antioxidant Response Element (ARE) is through the activation of a little messenger protein called Nrf2, which is housed within each of our cells. Nrf2 is a messenger that communicates directly with our DNA and tells it to activate our ARE and produce more antioxidants such as glutathione and SOD. Increasing our own antioxidants is especially important as we age, because as we learned, our own internal antioxidant system naturally declines after age 20. By activating Nrf2 and allowing it to activate our own ARE, our ability to neutralize free radicals can be restored and cellular damage can be prevented and even reversed. 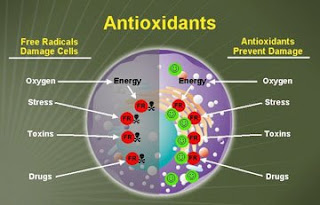 Combating oxidative stress naturally is extremely important in the natural prevention and reversal of sickness and disease as well as increasing energy and vitality!
To learn more about natural Nrf2 activation and the reversal and prevention of oxidative stress please visit: www.mylifevantage.com/rawvitalitytotalhealth
Posted by Unknown at 9:51 AM No comments: